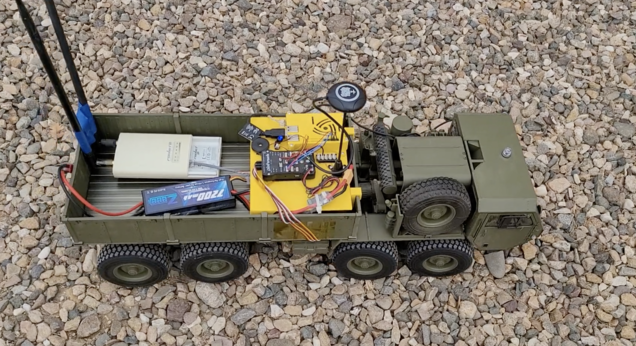 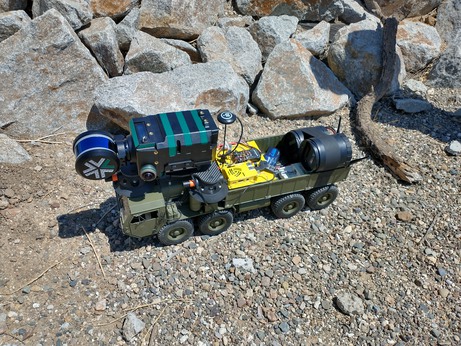 UGS funding was provided by the CSU Bakersfield Fab Lab.

Funding was also provided by a grant from Amateur Radio Digital Communications (ARDC).

A comprehensive background on our participation in JIFX is available here.

The system tested makes use of COTS wireless networking equipment, and COTS Components with Open Source software & hardware for UxS C2. A PC running Ground Control (GCS) software linked to the MANET connects to the UxS and allows for Positive Control or updating of autonomous mission data. The MANET allows for control around environmental obstacles that would obstruct conventional point-to-point or line-of-sight wireless networks, and the UxS itself functions as a member of the MANET allowing for greater wireless coverage, including coverage for increasingly distant UxS platforms, neighbor UxS, individual personnel, and sensors.

COTS MANET capabilities derived from the Amateur Radio Emergency Digital Network (AREDN) firmware running on compatible hardware. UxS’ utilized in this experiment were ground-based (UGS), but this experiment could be adapted to other domains, such as maritime and airborne operations.

Capabilities developed within the scope of the B-02 experiment:

Viability of this experiment was proven early in the field-testing schedule, allowing time for ad-hoc and novel experimentation.

Working with Exyn, CSUB reconfigured a UGS to support carrying a LIDAR scanner payload. Once the payload was mounted, UGS were tasked by Mission Plan to traverse an underground tunnel. An unexpected but recoverable failure encountered during this mission was the navigation and IMU fail safes built into the UGS Mission Planning software. This fail safe was encountered due to the GPS denied nature of an underground tunnel, and its curved walls causing a significant delta in vehicle pitch. If bypassed the experiment could continue.

UGS as a ground platform 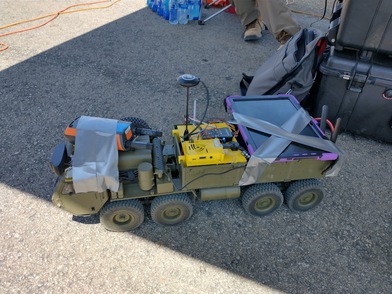 CSUB worked with Hypha & 3am Innovations to adapt a Hypha MANET radio and tablet as payloads on the UGS. Once attached the UGS could extend the range of the Hypha MESH in real-time, as well as provide PLI through the 3am application. 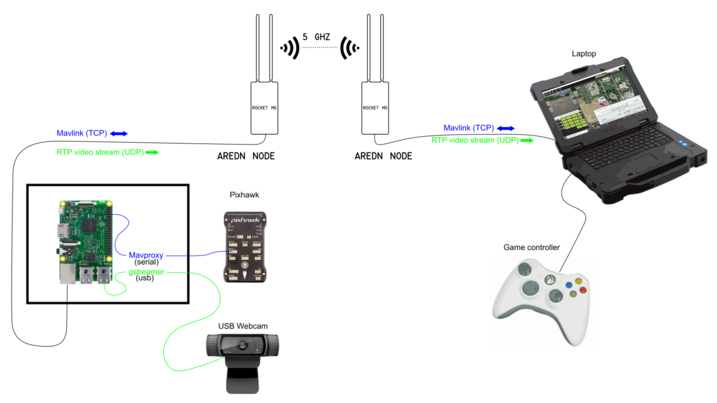 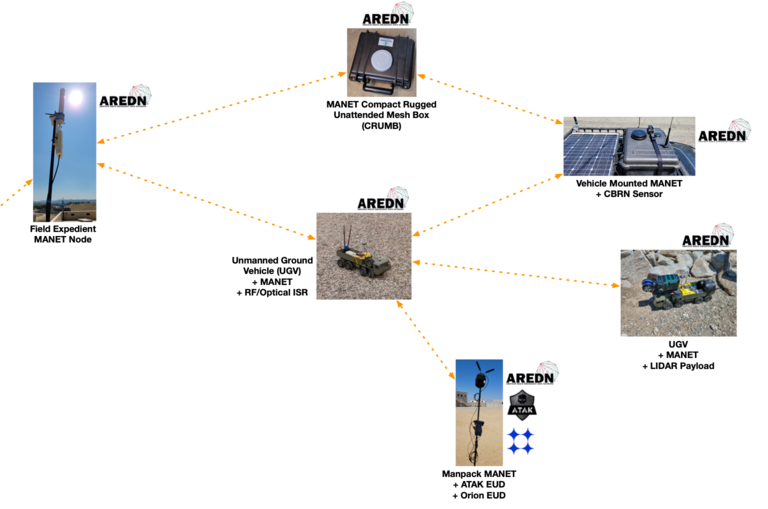 Additionally, WinTAK was used to transform UGS positioning data into a format compatible with other TAK systems, see note under Data > Splunk. 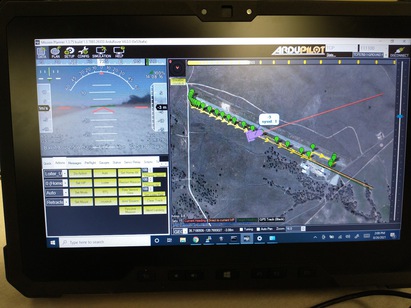